The mortality rate of severe sepsis is estimated at 28-50%, six times higher than from acute myocardial infarction, with annual costs in Europe alone of €7.6 billion

There is an urgent need for a marker that can predict the future onset of severe sepsis to allow early and appropriate clinical intervention.

As part of our continuing programme aimed at the identification and acquisition of novel markers, and the delivery of new patented tests to our partners, in 2009 we signed a global agreement with Hansa Medical, of Lund, Sweden, for exclusive rights to a diagnostic assay for Heparin Binding Protein (HBP) as a promising marker for severe sepsis and related conditions.

Our new HBP assay was launched in 2012 and data to date suggest the test has better performance than existing markers for identification of those patients at risk of developing severe sepsis. 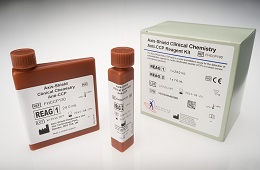 Anti-CCP is the marker of choice for the aid in the diagnosis of Rheumatoid Arthritis. Our new Chemistry assay for Anti-CCP antibodies complements our proven ELISA assay.